28/05/2021
Inspired by the proverb "when you drink water, remember the source," WHA Industrial Zone Nghe An JSC, recently paid tribute to martyrs from Nghi Long and Nghi Hung communes, Nghi Loc district, Nghe An province.   In collaboration with the Martyr Families Support Association – Nghe An province and Nghi Loc district officials, the company presented a donation amounting to VND 100 million to build homes for the families of two respected martyrs. 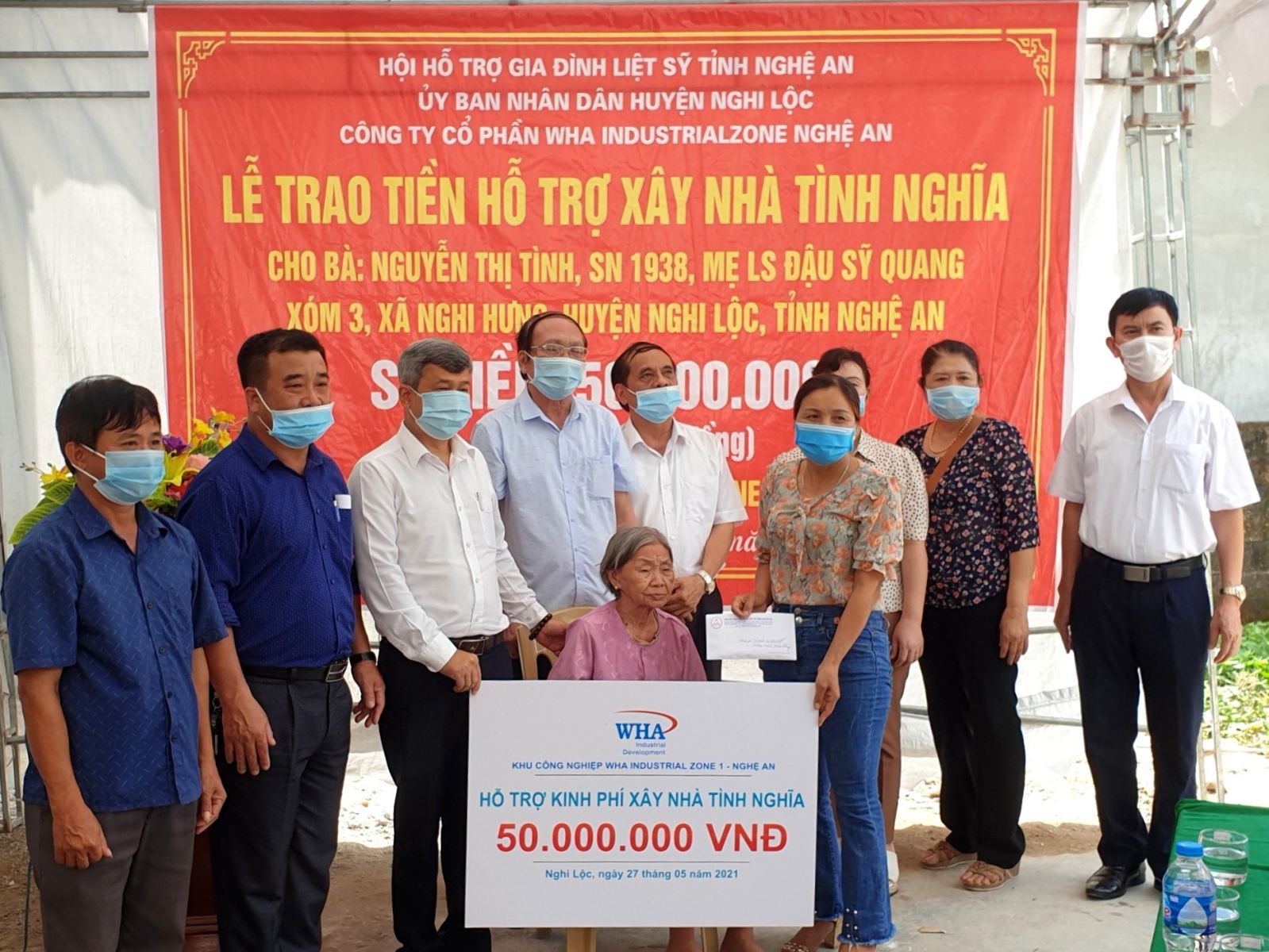 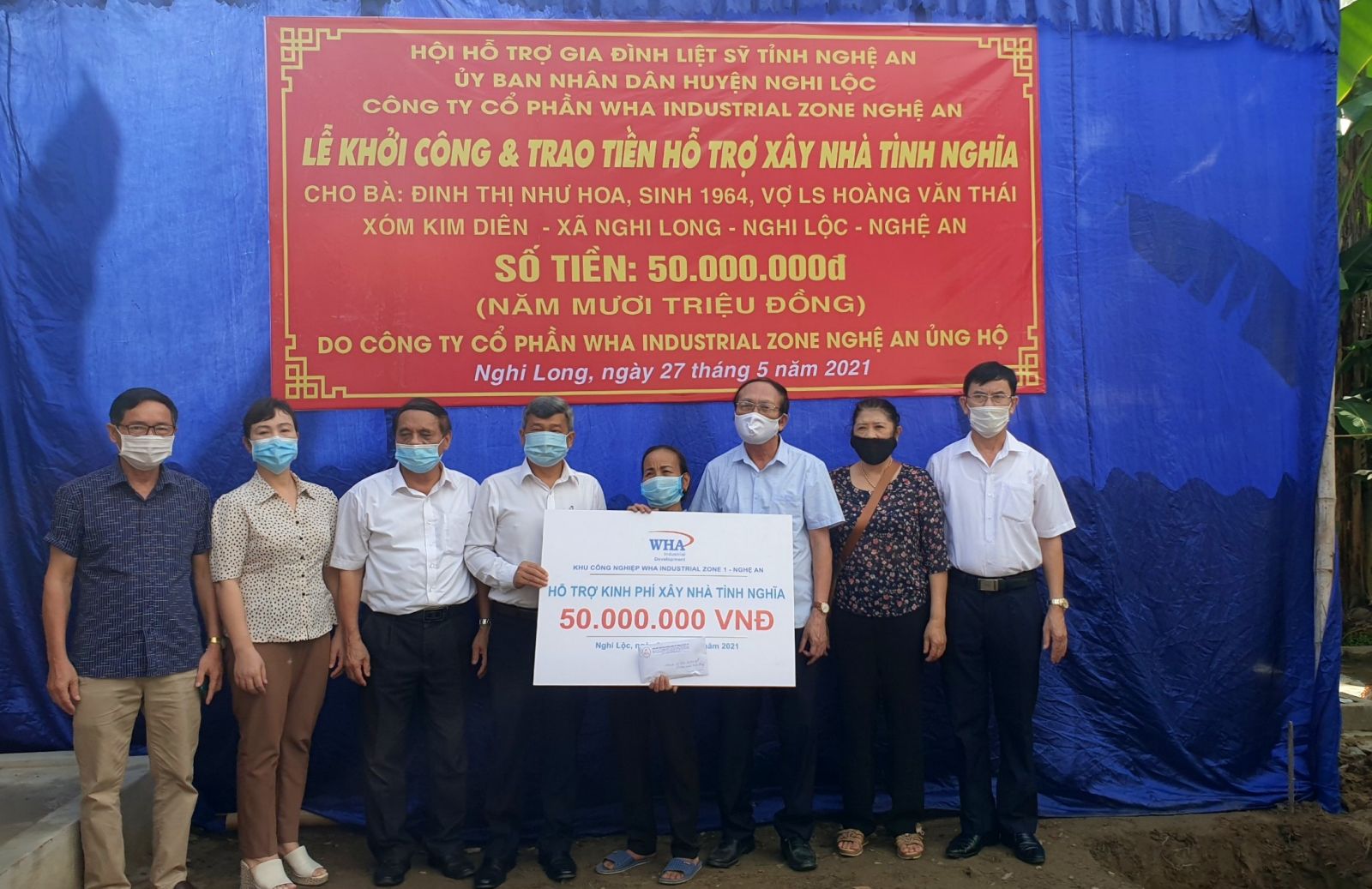 Shown in photo: Representatives participated in the groundbreaking ceremony for a new house for the family of Martyr Hoang Van Thai, in the presence of his widow, Mrs. Dinh Thi Hoa.

This meaningful tribute is an expression of respect and gratitude for those who have contributed to the revolution. Family members thanked district and commune leaders, the Martyr Families Support Association-Nghe An, and most especially, WHA Industrial Zone Nghe An JSC for providing material and moral support, boosting overall well-being and improving living conditions for community members.